The Cosmosphere
From Dream to Reality

Reaching for the stars

Since its humble beginnings in 1962, visitors from across the globe have come to Hutchinson to discover the inspiration that can only be found at the Cosmosphere. 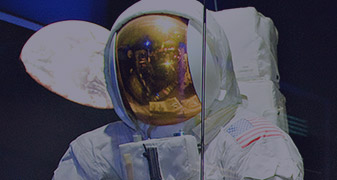 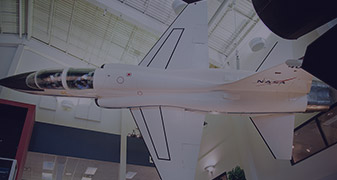 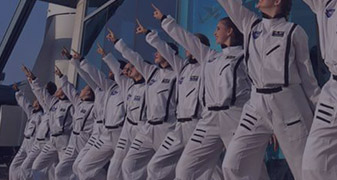 In 1962, Cosmosphere founder Patty Carey set up a used Planetarium Projector and rented folded chairs in the Poultry Building of the Kansas State Fair Grounds and created one of the first public planetariums in the Central United States. Four years later, the planetarium was offered a new home on the campus of Hutchinson Community College and a new, enlarged science center was constructed.

Encouraged by the planetarium's popularity, Patty and the board of directors began an expansion campaign to develop a space and science center worthy of international recognition.  When it opened in 1980, the 35,000-square-foot facility included the planetarium, a three-level exhibit gallery, new classrooms for expanded school programs and one of the first-ever IMAX® Dome Theaters.

In 1997, a major building addition expanded the facility to 105,000 square feet and allowed for the display of a flown SR-71 Blackbird in the lobby. In 1998, the Cosmosphere was named one of the first affiliates of the Smithsonian Institution, formalizing a long-term relationship with the Smithsonian's National Air & Space Museum.

In 2014, the Cosmosphere announced plans for another major renovation to support more interactive science education opportunities and to showcase its world class collection of artifacts in the type of engaging and stimulating environment today’s museum visitors expect.

“With the Cosmosphere’s legacy of applied science education
and now even more emphasis on STEM,
it is my hope that some youth will become tomorrow’s inspired leaders.” 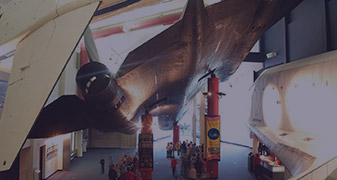 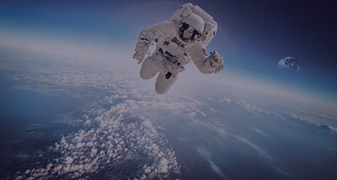 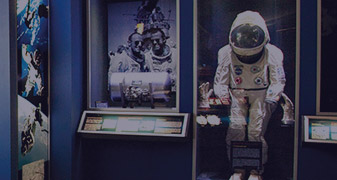