From machining to painting to mold-making, Cosmosphere craftsmen are able to reproduce space-related replications with materials and hardware which closely resemble the originals used in production – all while maintaining the highest level of historic authenticity.

The same individuals who have restored U.S. space artifacts which now reside in the Cosmosphere’s Hall of Space Museum, the National Air and Space Museum, the Museum of Flight (Seattle), White Sands Missile Range, and Glavkosmos (Moscow) are the same craftsmen who have fabricated replications for the Evergreen Aviation Museum, Tour of the Universe/Toronto, and Disneyland/ Paris as well as for Ron Howard’s Apollo 13, HBO’s From the Earth to the Moon, and Tom Hank’s Magnificent Desolation: Walking on the Moon. To more recent Hollywood feature films like First Man and Apple TV’s For All Mankind. 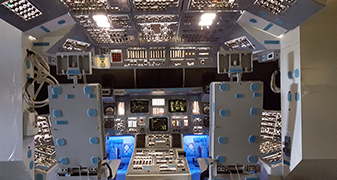 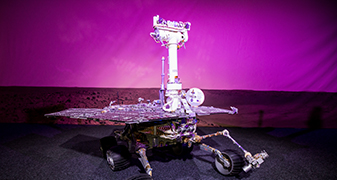